GEORGE TOWN (Jan 6. 2011) : The state government today announced that it will be giving an annual grant to the Penang branch of the Malaysian Consultative Council of Buddhism, Christianity, Hinduism, Sikhism and Taoism.
Chief Minister Lim Guan Eng said the grant amounting to RM50,000 was provided to the council so that they could conduct their activities.
He also said the state’s Hindu Endowment Board would work closely with the council to identify suitable locations on the island and in Seberang Perai for Hindus to perform their final rites.
“Theses rites can be performed on the seafront with the release of flowers and white rice,” he told reporters after chairing a meeting between the state government and members of the council.
Lim, who holds the non-Islamic Religious Affairs portfolio also said the state had agreed to organise a Wesak Open House in line with other open houses during festivals.
In addition, he urged organisers of religious festivals to use environmentally-friendly food containers during their events.
He also said that the state government would be extending its annual education funding to Punjabi schools in Penang.
Meanwhile, the council’s Penang branch chairman Bishop S. Anthony lauded the state government’s initiative to begin discussions saying that it created a healthy atmosphere.
“This discussions will help us to know what the state government is doing and will help the state government know what we are doing,” he said. 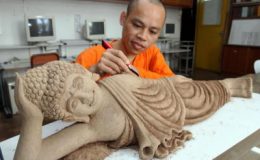 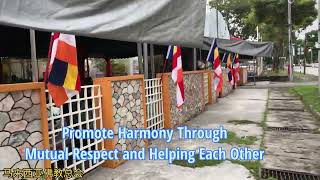